Some summer days, we have way too much fun! And suddenly I realize that it is almost dinner time and I am not prepared… again.

Yesterday was one of those days. And to make things worse, I was also supposed to make dinner for one other family! Yes, I know, get it together Maria. here is what I did, I ran out to the grocery store, and bought two rotisserie chickens, came home and prepared to use anything in my way to make a wonderful dinner. Don’t tell me that you haven’t done the same! 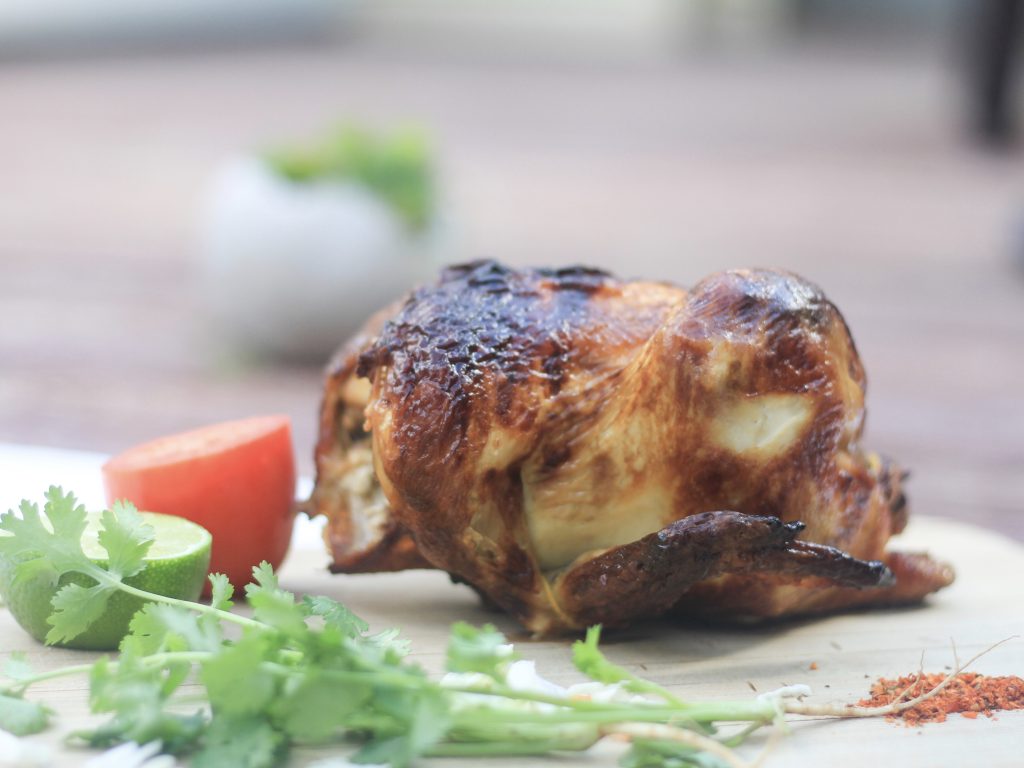 I grabbed a bag of slaw veggies, some fresh cilantro, a few tomatoes,  and some beautiful limes. the first thing that came to my mind was Tacos! does it not make total sense? Don’t shut me out just yet, I thought slaw is summer and tacos… well tacos are the best! So I grabbed some creamy cilantro lime dressing, cooked some bacon slices and mixed both of them with the slaw veggies and some loosely chopped cilantro, to make an amazing limey slaw that I planned on using under the chicken in my tacos. 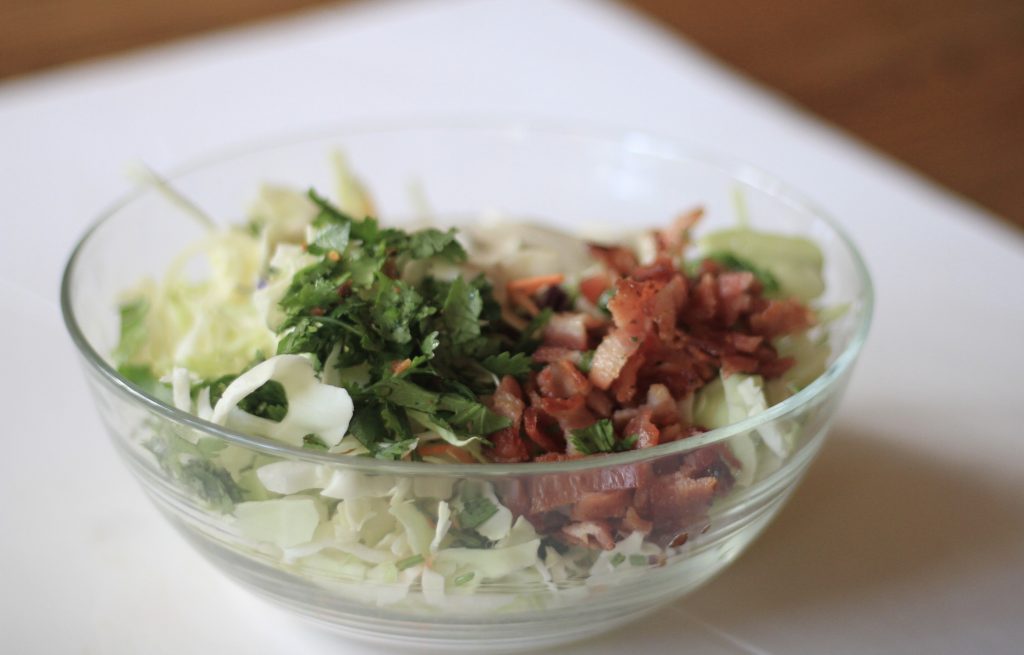 Since I wanted to take the flavor to the next level, I added some smoked chipotle and fresh lime juice which made it just perfect to my taste. 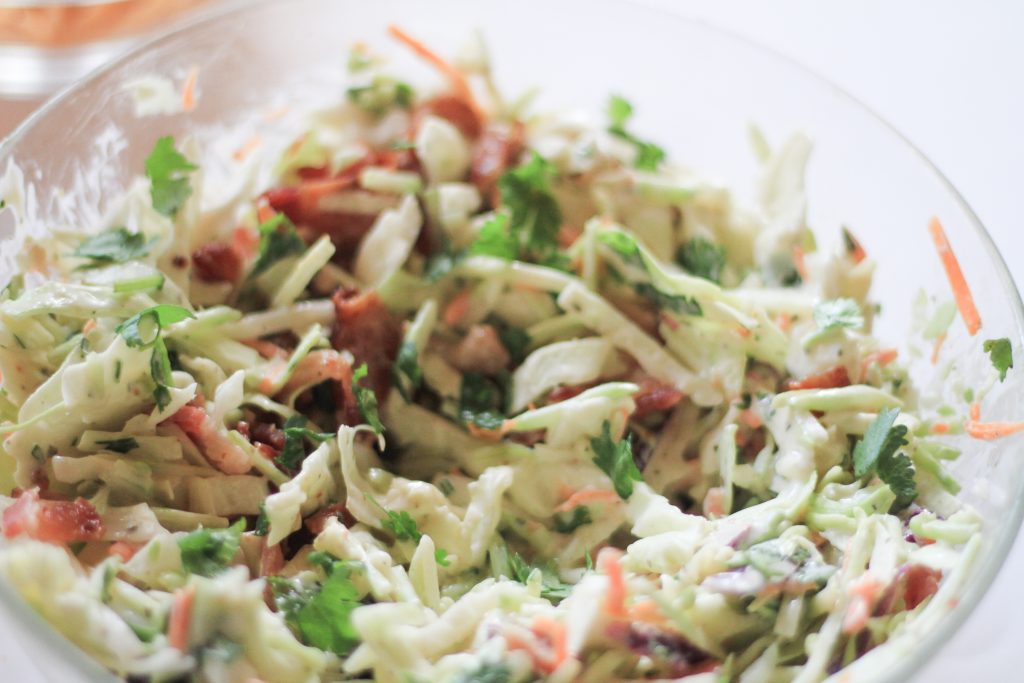 Now that my base was ready, all I had to do was shred the chicken and add some chipotle seasoning and lime juice to it, warm up some tortillas and prepare a few garnishes like chopped tomatoes, cheese, fresh cilantro,  some extra cilantro lime dressing and lime slices.

To complete the meal, I made some awesome quinoa and brown rice with some special seasonings that I will have to share on another post. 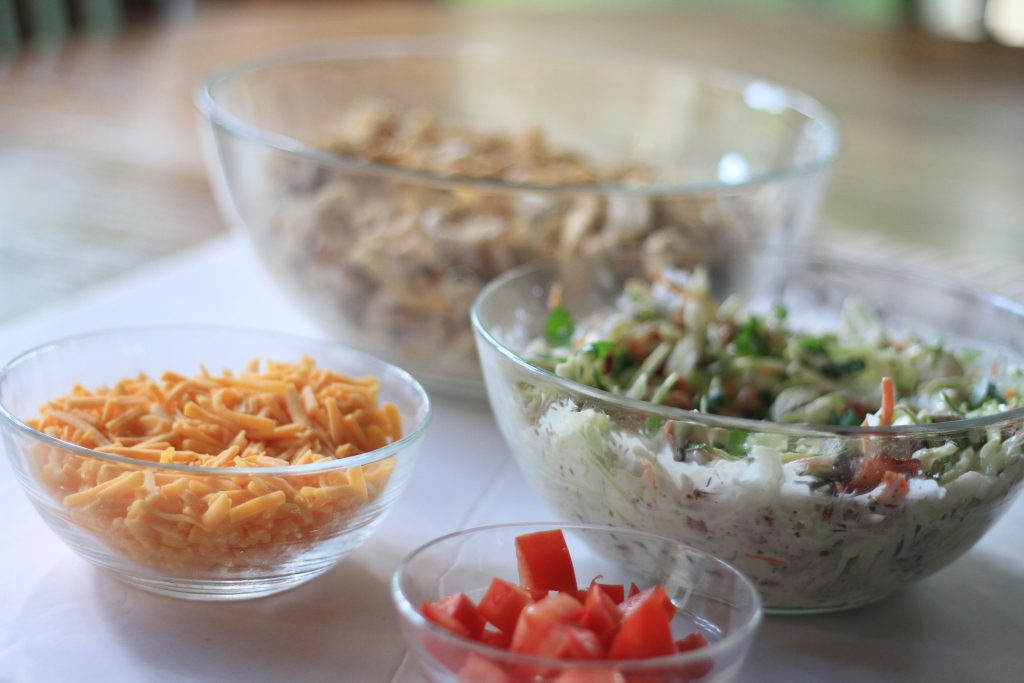 And there you have it, now dinner was ready, and I had time to snap a few quick photos for you all! You can use this time to get all pretty for dinner, make yourself a margarita, or simply take a deep breath and get yourself in the mindset for a wonderful relaxing evening.

Summer dinners are always so fun. You have stories to tell and very hungry tummies to feed. I hope you try these and tell me how you liked them! 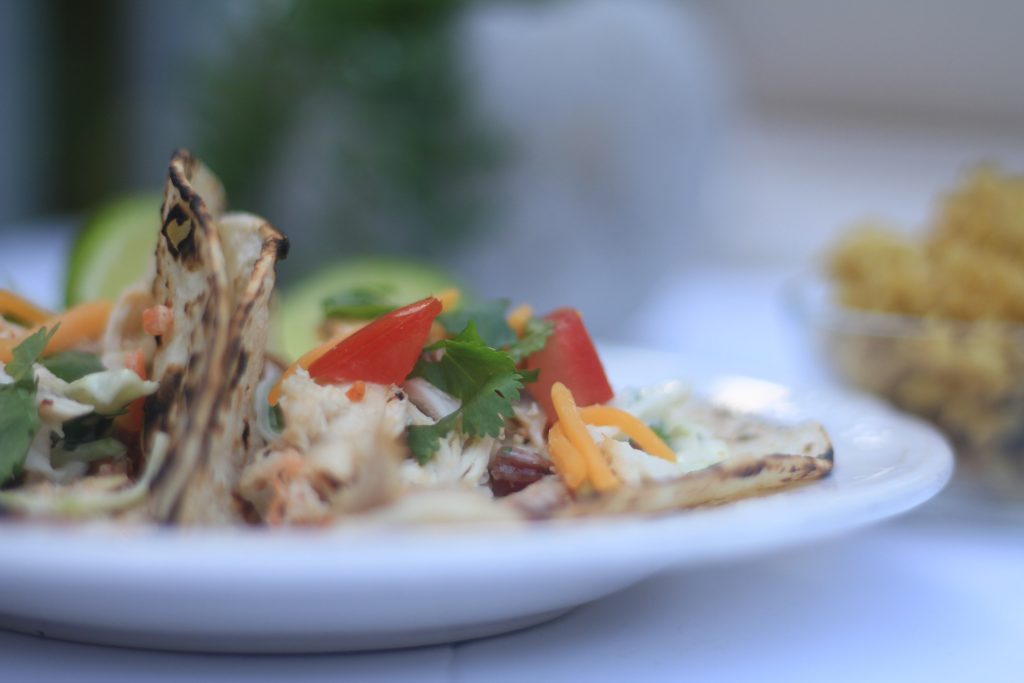 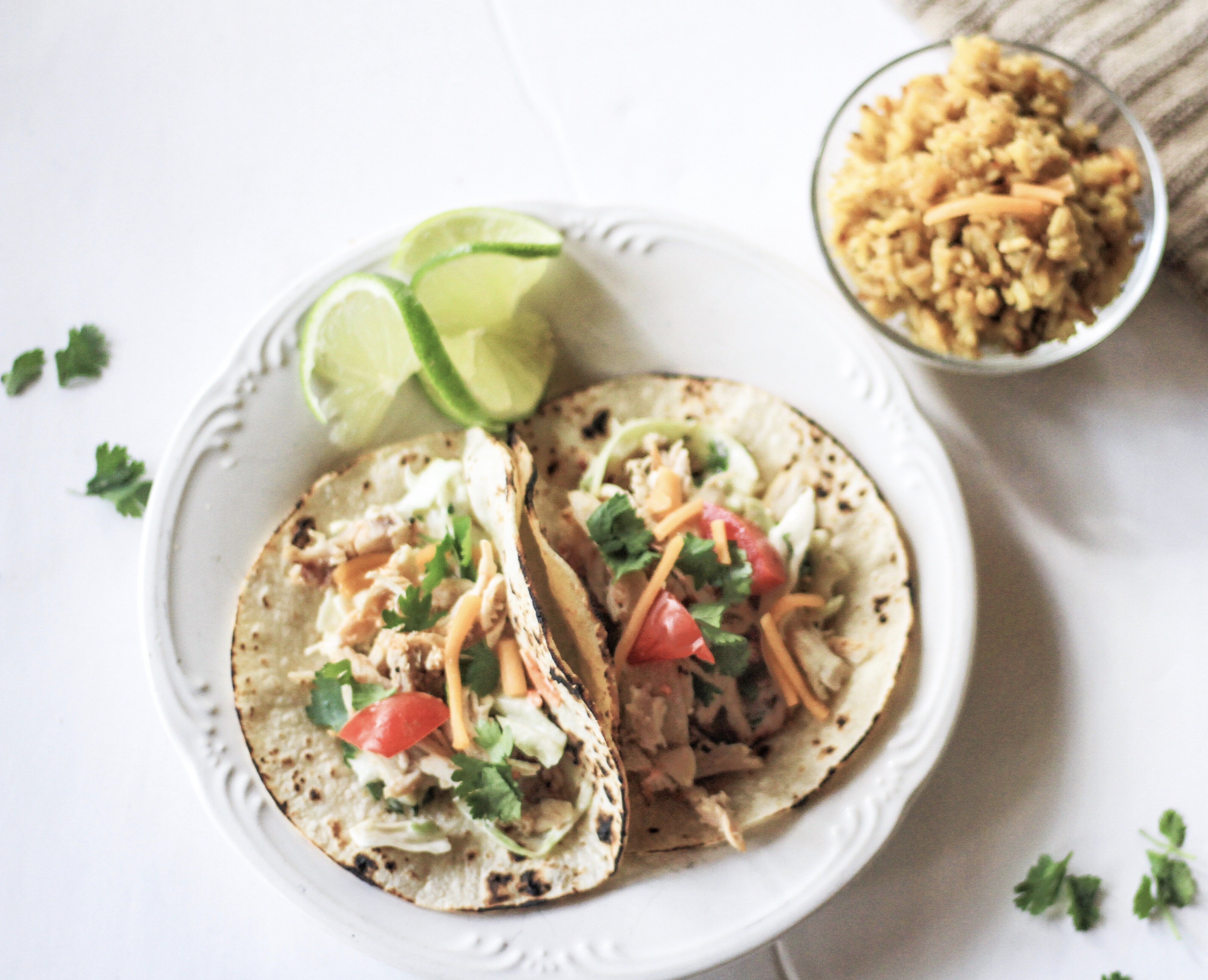 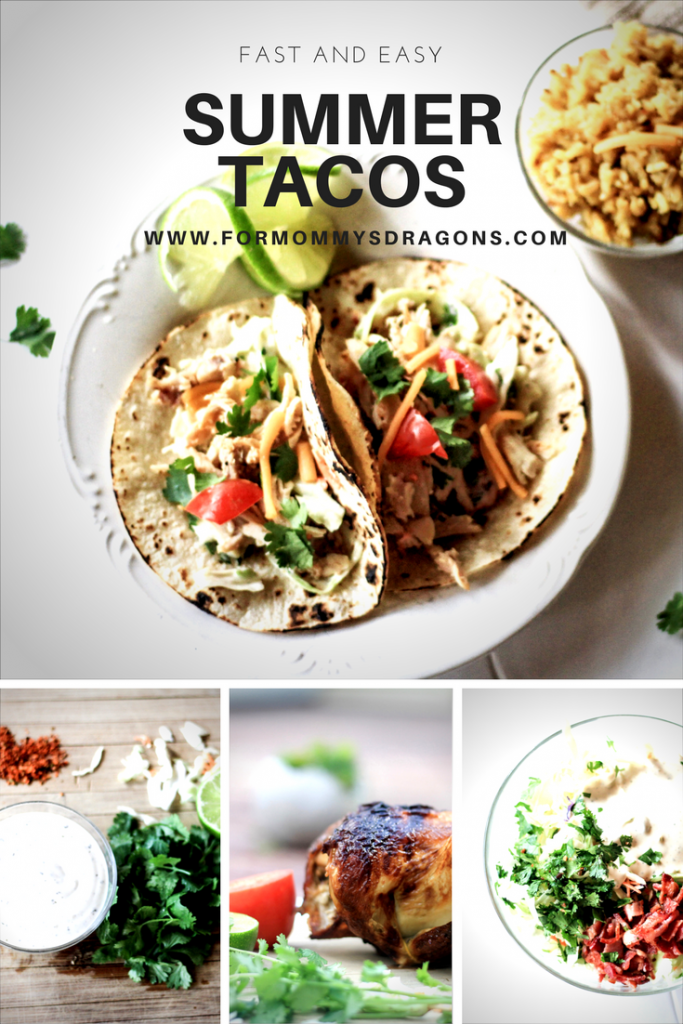